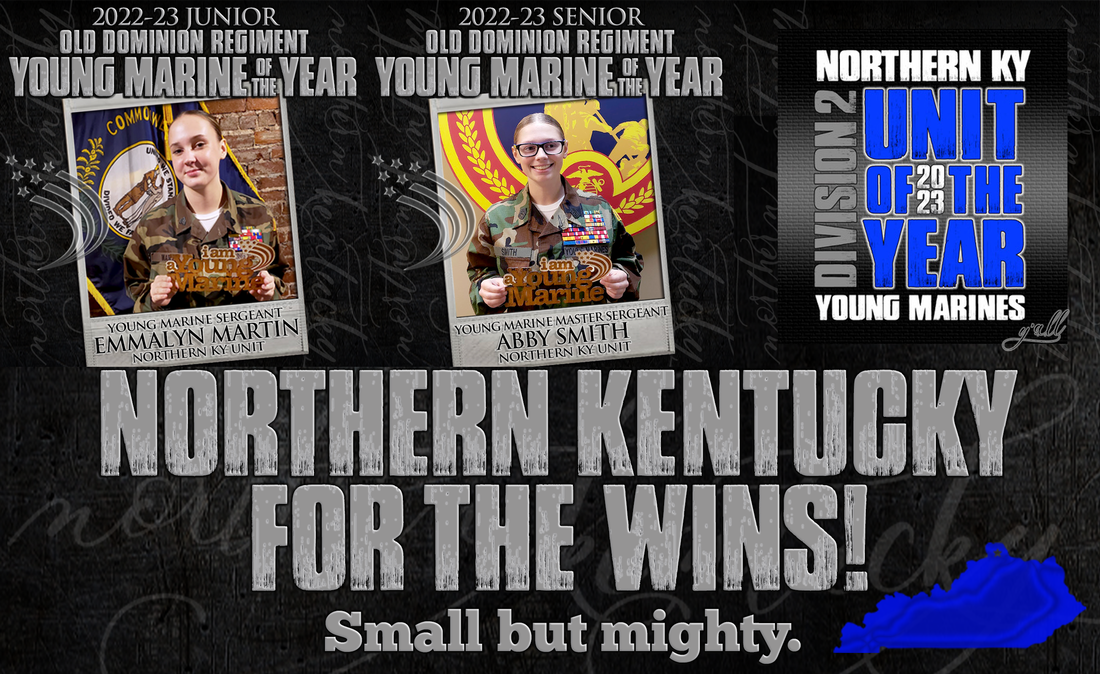 Northern Kentucky unit is not only home to the Junior AND Senior Regimental Young Marines of the Year, we have also been selected as the 2023 DIVISON 2 UNIT of the YEAR!

If you have considered this amazing, opportunity-filled program for your kids or grandkids, or just want to know more about who we are and what we do, please join us for an INFO SESSION on 2/18 or 3/18 (see events tab on our Facebook page).
*We only run 1 Recruit Training per year; if you miss it this Spring, you'll have to wait until 2024 to join us.
#wheregoodkidsbecomegreatleaders #youngmarines #opportunitiesabound 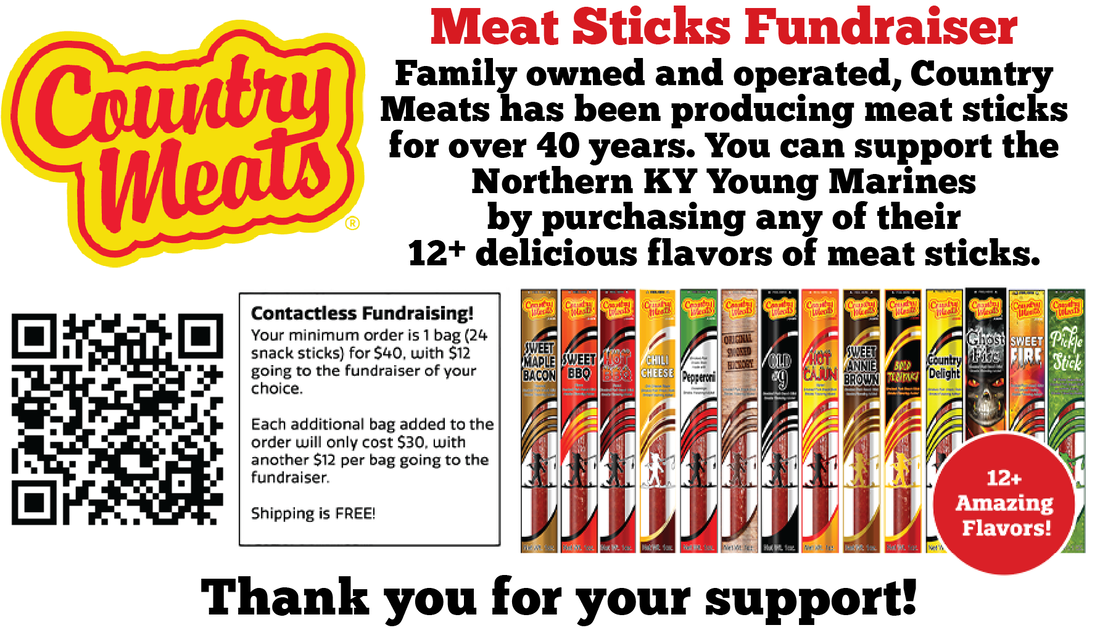 (Scan the QR code or click on the graphic above to order.)

YM/MSgt Abby Smith and YM/SSgt Garrett Frans joined forces with other units from the Old Dominion Regiment to present the Colors for the 106th Infantry Division Memorial Ceremony in Pentagon City to commemorate the anniversary of the Battle of the Bulge. Mr. Bob Pope, age 98 (Battle of the Bulge survivor and prisoner of war), was the Guest of Honor (and an inspiration). Mr. Pope is the author of My Nine Lives. 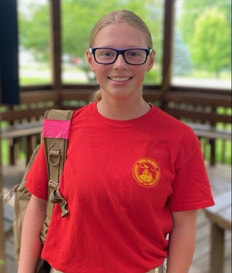 Congratulations to YM/GySgt Abby Smith
on her outstanding work at Camp Chester!
Abby was selected as YM Staff for the national encampment in July.
She began the week as a Cabin Leader, but was "promoted" to
encampment First Sergeant mid-week. We are proud of her for
​her concern for the campers, her leadership while lading classes and activities, and for maintaining her professionalism throughout the week.

Congratulations to our SLS and ALS Grads! 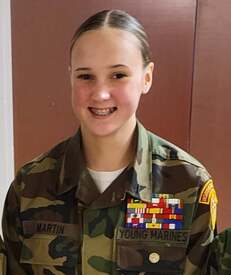 OORAH to YM/Sgt Emmalyn Martin on her selection to the N. KY Chamber of Commerce Regional Youth Leadership program!
During the 8-month program, she will collaborate with local business and civic leaders to identify, develop, refine and practice their leadership skills in an effort to become catalysts for change. Each month, she will be presented with new challenges and opportunities for intellectual, creative, social and personal growth.
Topics explored include arts and culture, criminal justice, local government and economic development, and health. Sessions expose students to potential careers, leadership opportunities, and exciting developments in the Greater Cincinnati area.
Students were selected through an extensive application process that included a minimum 3.0 GPA, a demonstration of leadership potential, and approval from their high school principal or guidance counselor. 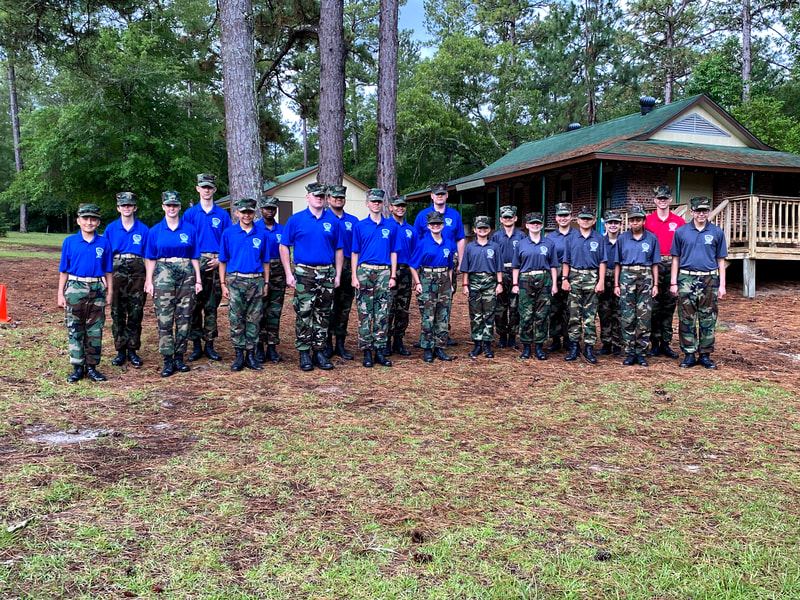 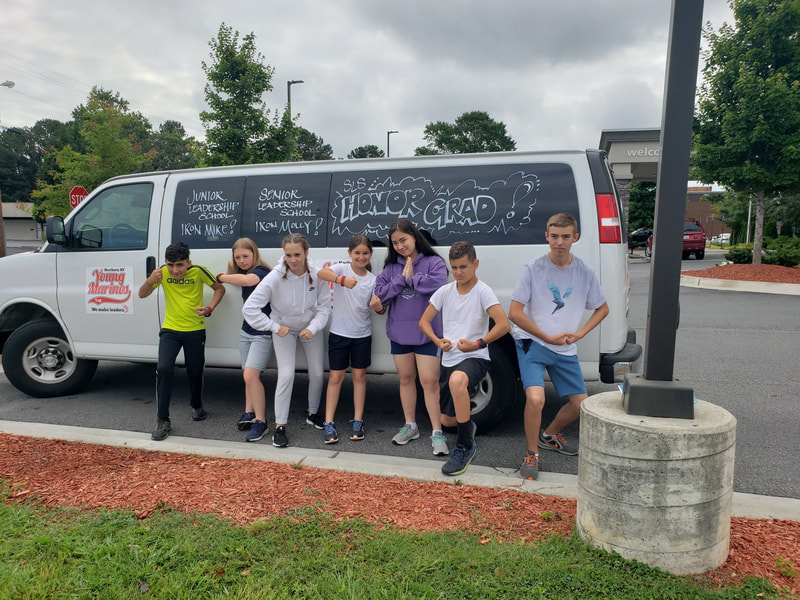 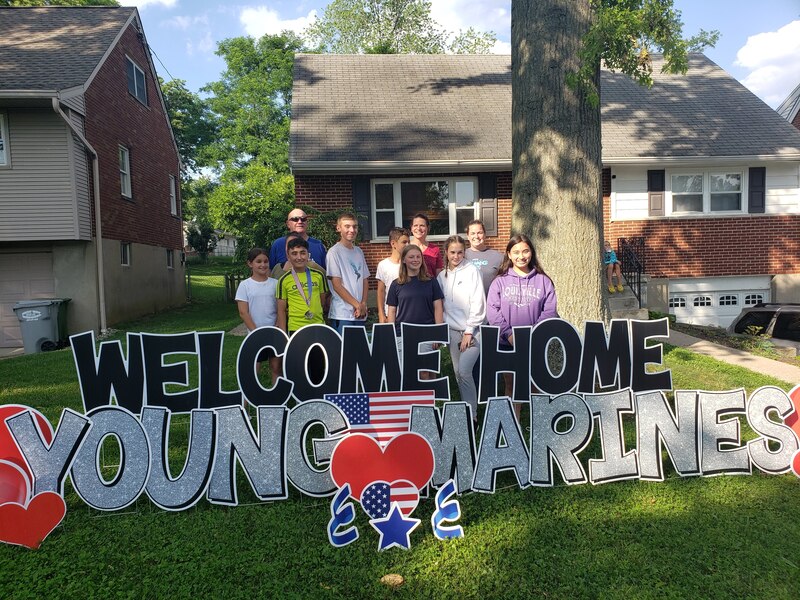 Junior and Senior Leadership Schools are comprised of classes/classwork, physical training, close order drill instruction
and execution, and leadership training over a 6-day period. Scores are based on a portfolio of written assignments,
​a Physical Fitness Test (PFT), a Uniform Inspection, a Leadership Evaluation, and a Close Order Drill Evaluation. 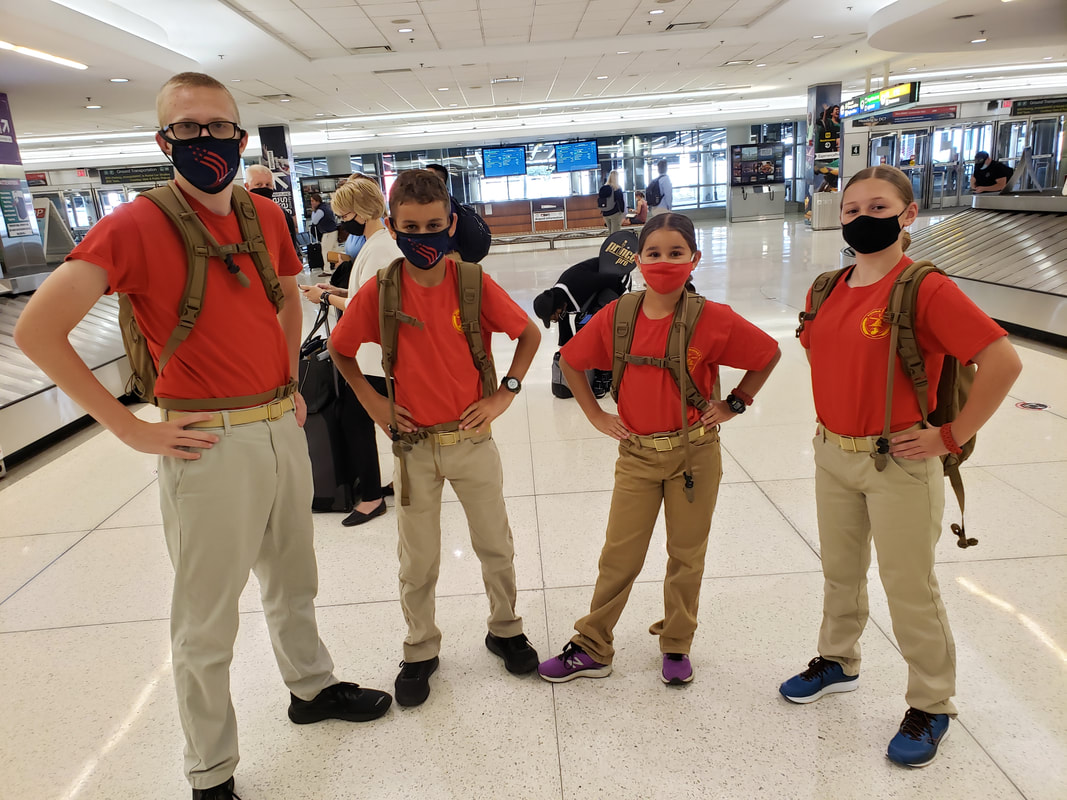 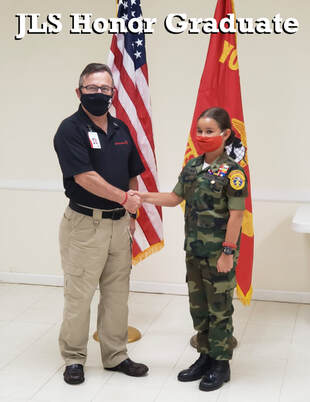 On a grey Saturday morning in Spring of 2007, I planted my 11-year-old feet on a set of yellow foot prints that would serve as the first steps to the development and discovery of my self. Without my experiences in the Young Marines program and the opportunities it has afforded me, I would be nothing close to the young woman I am today - but my pre-teen self didn't have a clue. All she knew is that the rain was cold, the voices were loud, and the field was muddy. And much to her surprise, she was enjoying it.
For eight consecutive Saturdays, that young girl gave her all mentally and physically in every aspect of Recruit Training. She transformed from barely being able to look someone in the eye to being able to stand tall and answer questions in front of a board of Registered Adults. More than anything, she was able to proudly wear the uniform she put on that eighth Saturday knowing that it had been earned, not just given. That afternoon she, amongst a platoon of boys ages 8 through 16, was announced the Honor Graduate of Recruit Class 2007 Alpha. Those eight weeks provided the most drastic change I had ever experienced, and all for the better. The girl I became suddenly had the confidence and motivation to excel in the face of a challenge, and enjoy not only the magnitude of the outcome but the experience of the journey. My being announced as Honor Graduate set the theme and the standards for the rest of my time in the program; standards that I continually strive to raise.
Once I earned the title of Young Marine, I immediately immersed myself into the various opportunities of the program, setting out to attend all three leadership schools, for one and two weeks at a time each summer. Not only was the training daunting, but looking back, I can't imagine how I as a 13-year-old had the courage to enthusiastically fly across the country to join ranks with a hundred other Young Marines whom I had never met. Yet every summer for three summers, I did. In 2011, out of the top fifty Young Marines in the nation, I was chosen as the National Advanced Leadership School Honor Graduate. This title, more so than any, sparked a series of events which led me across the country and, eventually, across the world. As the opportunities of the program increased, I continued to search for and create my own.
It was through these experiences and accomplishments that I was named Young Marine of the Year - first for my unit, then the Kentucky Battalion, then the 2nd Division - at which point I was blessed with the trip of a lifetime escorting WWII veterans to Guam and Iwo Jima for the Reunion of Honor. This past May, I stood tall before a board of our National Director and Division Commanders, at which point they chose me to represent our program and its 10,000 members for the next full year.
When I speak of the Young Marines program, be it in front of a national convention, to a prospective young child or to a seat partner on a flight, I not only speak with the confidence of years of training and experience, but I speak from the heart of a life that was fundamentally and forever changed. Each time I take to the stage, my mind drifts back to that Kentucky drill deck, and I wonder how many other stories unknowingly began with a yellow footprint.

GENERATIONS OF HONOR:
A Year with the Young Marines
premiered on 5 November 2014 at the historic Kentucky Theatre in Lexington Ky, after which it began airing on KET. This documentary follows our own YM/SgtMaj Dakota Richter, 2013-14 National Young Marine of the Year (the first NYMOY from the commonwealth of Kentucky) and
includes many Young Marines from our unit.
Emmy-nominated Producer Doug High does a fabulous job showing the connection that all Young Marines have to our nation's heroes... American Veterans. Please call or email your local PBS station and ask them to air 'Generations of Honor: A Year with the Young Marines', as it has been approved for all national PBS stations. Simply click on the poster to the right to watch the documentary.

21 of the Northern Kentucky Young Marines and 5 Adult Staff members travelled to DC and Quantico 8-12 August.

We were joined by 7 members of the Manassas unit and our Division Commander at the National Museum of the Marine Corps. The leaders of the N. KY Young Marines were honored and humbled to lay a wreath at The Tomb of the Unknown.

Aug 2014 - Young Marines HQ announced it will award all Young Marines in the state of Kentucky with the Marine Corps League Commendation, a national honor offered in recognition of outstanding performance of duty to the community over an extended period of time.
All three of the Young Marine units in Kentucky will be presented with the MCL Commendation. This is a very prestigous national award for Young Marines and marks the first time that all three Kentucky units have been recognized in one presentation. The ceremony took place on 28 September in Lexington, KY.
Mr. Zeddie Harmon - Commandant, Marine Corps League Department of Kentucky, Mr. Joe Venable - National Deputy Director of the Young Marines, plus Marine Corps League Commandants and Representatives from across the state plus Young Marines from the Bluegrass unit, the Captain Reginald Underwood unit and the Northern Kentucky unit were in attendance for the presentation of certificates and streamers.